The jury of this edition – made up of representatives of the leading companies in the offshore wind sector – has positively valued IHCantabria’s promotion of offshore wind development in Spain. “First, because IHCantabria promotes offshore wind energy development in Spain, being a pioneer and a world reference; second, because of its experience in research work and willingness to collaborate with both the public and private sectors. Third, they always promote scientific excellence and knowledge transfer by offering innovative solutions that contribute to the society we all want, which is fair, sustainable, responsible, inclusive and resilient,” said Alexandra de Marichalar, director of Iberia Offshore Wind at Total Energies.

Francisco Royano said: “This is a special award for IHCantabria.: «para IHCantabria es un premio especial. Its founders Íñigo Losada and Raúl Medina decided to create the institute 15 years ago and it is important on our birthday to have this award. We are a public research center, and we have the University of Cantabria and the Government of Cantabria in our DNA”. For his part, Raúl Guanche said that “in the last ten years we have carried out more than 120 research projects with a clear market orientation that shows our commitment to society, which is threefold: to ensure the best teaching to have the best professionals available to the sector, cutting-edge research to anticipate the challenges that our industry will face and transfer, so that science does not remain in a drawer and becomes a driving force in our society”.

Offshore wind power at the Institute of Environmental Hydraulics of the University of Cantabria.

IHCantabria has been committed to offshore wind since its beginnings, being, in fact, one of the pioneering institutions in Spain in its research and development. In 2007, when this sector was beginning, it became involved in initiatives such as IDERMAR, where it promoted floating technologies for measuring offshore wind resources and deployed the first floating structures for offshore wind in Spain. A few years later, in 2011, IHCantabria inaugurated the Gran Tanque de Ingeniería Marítima, a unique scientific-technical facility (ICTS MARHIS) unique in the field of hydraulic engineering and key in supporting offshore wind,which was funded by the Ministry of Science and Innovation and the Government of Cantabria.

IHCantabria has consolidated during the last 15 years a research team oriented to the study of the technical challenges facing offshore engineering: betting on a methodology based on hybrid modeling that combines the most advanced experimental techniques with state-of-the-art numerical models.

The effort made and the marked orientation of its research to the needs of the sector has resulted in the study of more than 60 fixed and floating technologies, as well as participation in 189 projects, 75% of which involve Spanish companies and seek to improve their scientific-technical capabilities for the sake of a competitive improvement at national and international level It also has more than 110 scientific-technical contributions, 50 of which have been published in Q1 and Q2 journals of reference in the sector; and participates in 4 teaching programs related to offshore wind in different universities in Spain and has trained more than 40 researchers and technologists.

Offshore wind energy development in Spain is a strategic development opportunity for the Spanish economy, creating new jobs and synergies with other industrial activities. In Spain there is a robust industrial fabric focused on the development of this technology, with a solid exporting character, coming from the leadership and experience acquired during the more than 20 years of implementation of onshore wind power, in addition to the experiences gained abroad in the marine field by Spanish companies. Several Spanish shipyards have participated in constructing floating structures for some of the world’s most important floating offshore wind projects. 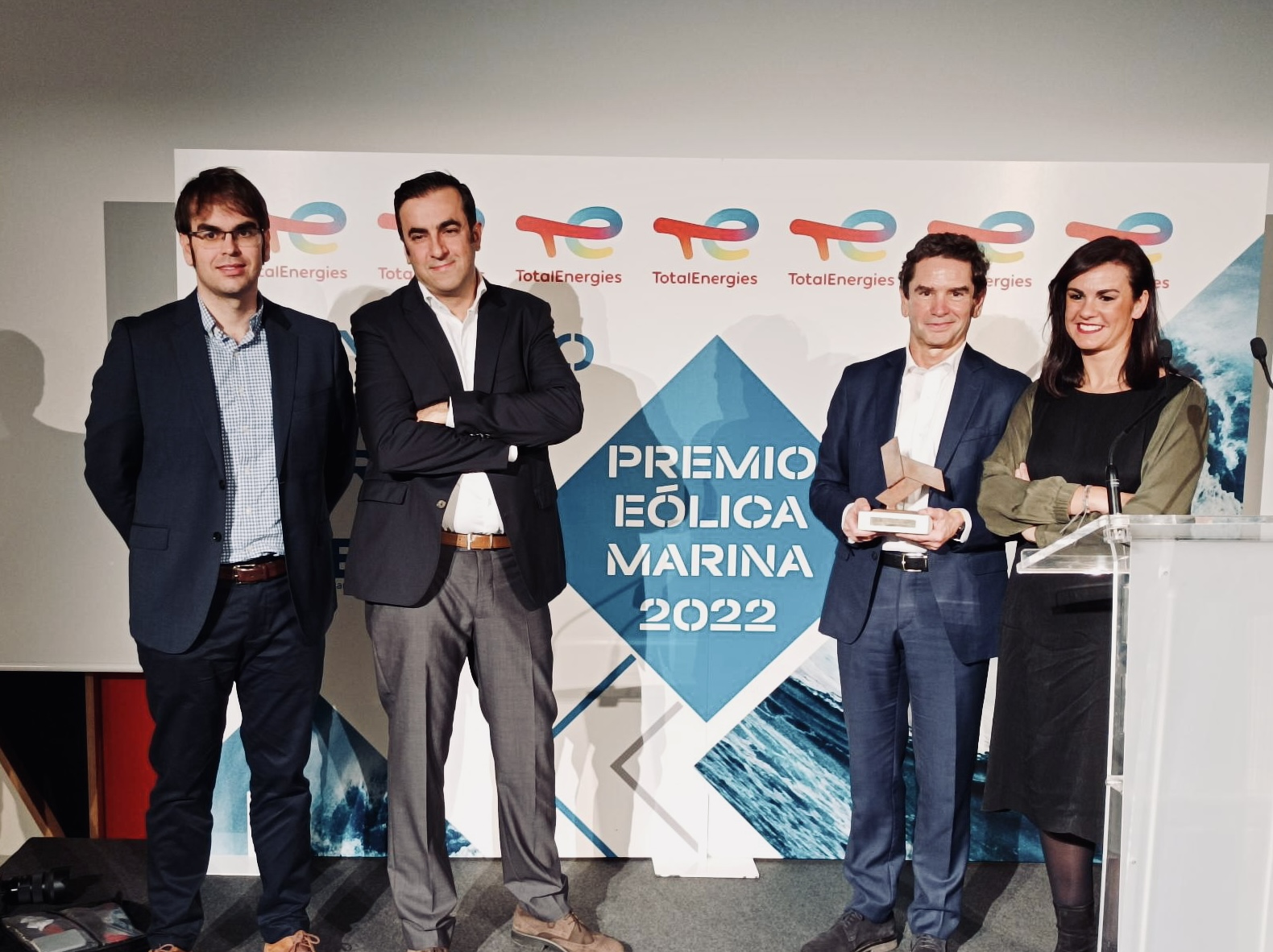