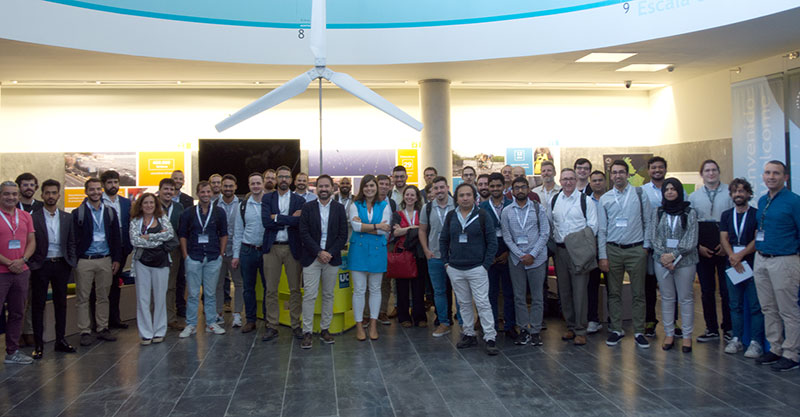 More than fifty attendees from the OpenFOAM community will share their learning on September 21st and 22nd at the headquarters of the Institute of Environmental Hydraulics of the University of Cantabria.

The 4th Annual Meeting of the Iberian OpenFOAM® community is an opportunity to get introduced to OpenFOAM® and meet and interact with other OpenFOAM® users and developers from multiple fields of computational fluid mechanics. The conference will provide an opportunity to learn about the most recent developments of the computational library, share and disseminate their achievements, and discuss the trend that the scientific community should follow to address future challenges.

Meetings like this one play an essential role in the diffusion of OpenFOAM® beyond the borders of Portugal and Spain since attendees from 6 countries, representing nineteen public and private institutions, including universities, research institutes, and companies from the sector dedicated to the study and development of computational fluid mechanics, will participate in this event.

Also, during these two days, there will be more than twenty presentations on the latest OpenFOAM® developments and a technical visit to the hydraulic, coastal, and offshore engineering laboratory of IHCantabria.

IHCantabria hosts the fourth edition of the event in recognition of its contribution to the field of computational fluid mechanics. IHCantabria has developed the IHFOAM tool that allows the study of hydrodynamic processes of interaction of marine dynamics with structures, both artificial and coastal ecosystems.

This tool has become one of the most popular for studying hydrodynamic processes that develop in the interaction of waves with structures.

This software, freely distributed through the IHCantabria website, is nowadays used by more than 2500 users from 25 countries. The OpenFOAM® community, and in particular the official distributor of the software, the company ESI, has included in the official distribution of the software the IHFOAM algorithms, the basis for the application of computational fluid mechanics to the field of coastal and offshore engineering.

This project is sponsored by: