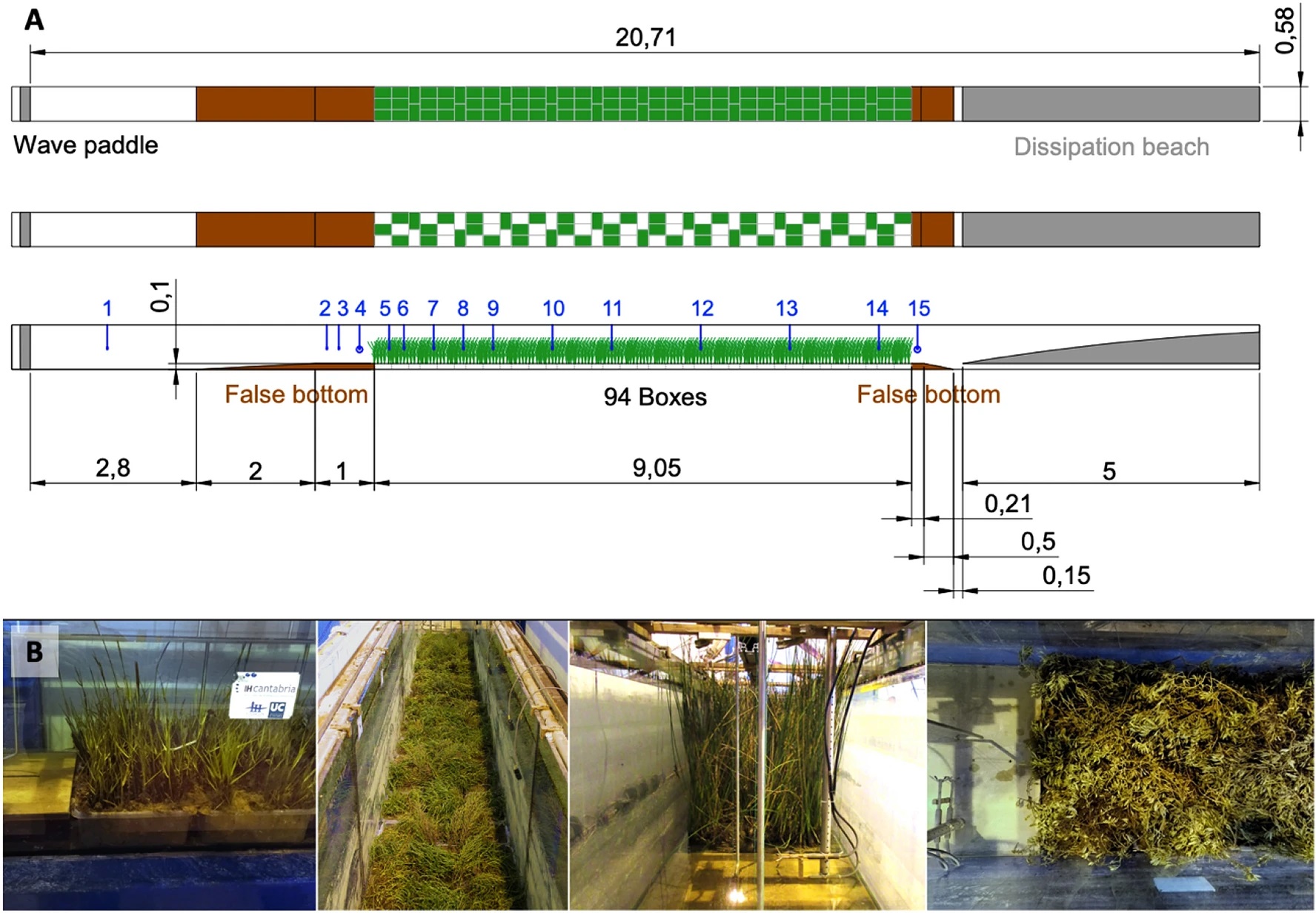 Also, considering the risks arising from the effects of climate change on the coast, flood protection through the conservation and restoration of these ecosystems can be a more sustainable, cost-effective and environmentally friendly alternative to conventional coastal engineering.

Under the title “A paradigm shift in the quantification of wave energy attenuation due to saltmarshes based on their standing biomass”, María Maza, Javier L. Lara and Iñigo J. Losada sign an article published in the prestigious scientific journal Nature Scientific Reports, which presents the development of new formulations to estimate wave energy attenuation, as a solution to the traditional method used in most existing analytical and numerical models, which is based on the definition of a specific calibration coefficient for each case. To provide a predictive method that does not depend on calibration coefficients, the work led by Maza presents a new approach based on the aerial biomass of the vegetation field.

This new variable for estimating wave energy attenuation produced by a vegetation field is based on the aerial biomass of the field -a variable widely studied by ecologist and biologist researchers- can be obtained by remote sensing techniques or aerial images, which significantly facilitates its estimation in different marshes and at other times. In addition, the aerial hydraulic biomass considers the conditions of flow incident to the field, thus considering the hydrodynamics of the area to estimate the extent to which its energy is attenuated.

The experimental study carried out to arrive at this new method was performed considering four species of marsh vegetation (Spartina sp., Salicornia sp., Halimione sp. and Juncus sp.) that were collected in the field and brought to the laboratory to construct a 9m long field tested under different wave conditions. The selected species represent very abundant species in the marshes and disparate in terms of their geometry and biomechanical properties. In addition, each of them was tested considering different densities of plants per square meter to extend the field typologies studied.

The results obtained allowed us to arrive at a new formulation valid both for all the field typologies studied and for the four species, thus giving rise to a single formula that allows estimating the energy attenuation they produce in a broad spectrum of marsh fields. That is, the new formulation allows predicting the energy attenuation produced by a marsh field by knowing its aerial biomass and the incident wave conditions, avoiding using calibration coefficients. Therefore, this study may represent a paradigm shift in estimating the salt marshes’ coastal protection service.

“A paradigm shift in the quantification of wave energy attenuation due to saltmarshes based on their standing biomass,” María Maza, Javier L. Lara and Iñigo J.Losada.