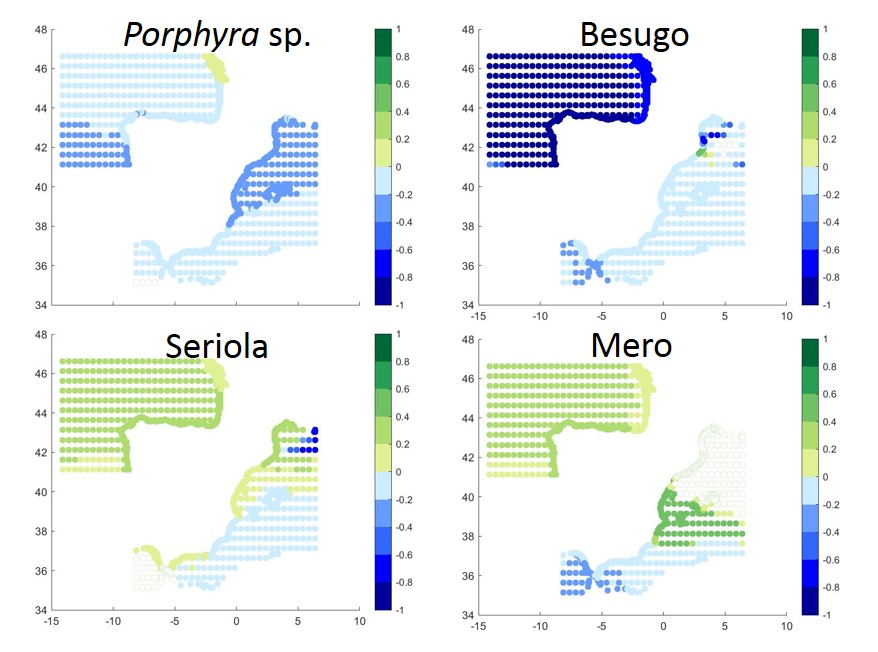 On December 31st, the ATLAS-PRO project, financed by the PLEAMAR program of the Biodiversity Foundation of the Ministry of Ecological Transition, will end within the 2018 Call for Proposals.

The ATLAS-PRO project “PROyección frente a escenarios de cambio climático y escalado a nivel local del ATLAS de viabilidad de la acuicultura marina en las costas españolas”, directed by the professor of the University of Cantabria José A. Juanes, has analyzed the present and future of aquaculture in Spanish sovereign waters, evaluating the effect of climate change on the biological suitability of species of interest for aquaculture (macroalgae, fish species), and identifying the opportunities it represents for the aquaculture sector at a national level and at a local level, in the Campello area (Alicante).

The information provided by ATLAS-PRO will be essential to understand how to guide marine environmental planning in relation to the main sectors that are currently active and that plan to expand in the medium to long term.

In relation to the cultivation of macroalgae on a national scale, the main conclusion reached is that Spanish coastal waters do not offer good opportunities for this crop. The exploitation of the macroalgae resource on the Spanish coast would be accompanied by great uncertainty. The species with the best conditions for cultivation is Himanthalia elongata. In specific areas of the Bay of Biscay this species finds moderately suitable conditions for cultivation.

Similarly, by 2070-2100 most Spanish waters will be unsuitable for growing macro-algae. For the 15 fish species studied, the results obtained show very different patterns. Spanish waters will register very suitable conditions for bluefin tuna and mujil. Colder water species, such as cod, sea bream and salmon, will lose suitable surface for cultivation, while sea bass and sea bream, which are the most cultivated species currently on the Spanish coast, will gain cultivation areas in the Atlantic and north of Cape Nao (Mediterranean coast).

The results of the project can be viewed through the VISOR Gis Web of maritime spatial planning which hosts the work carried out by the Environmental Hydraulics Institute in the aquaculture and renewable marine energy sectors: http://msp.ihcantabria.com/. 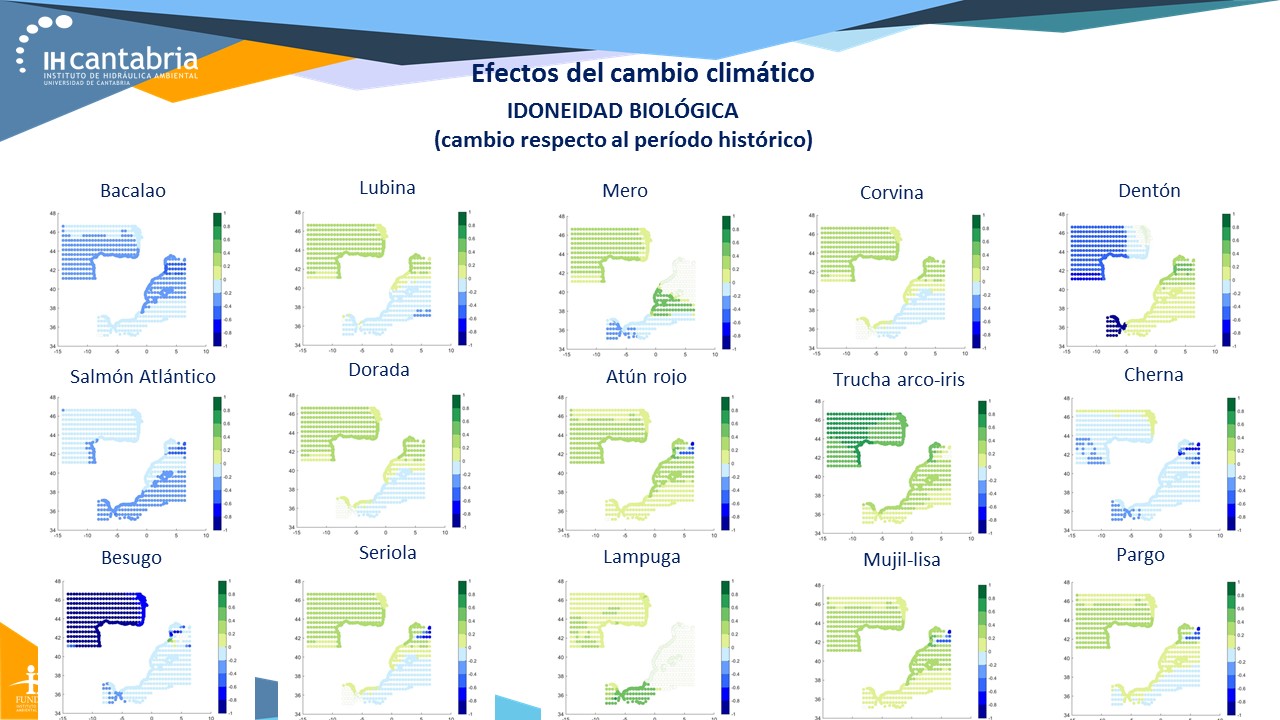