From 2002 to 2016 he was the Willard & Lillian Hackerman Professor of Civil Engineering in the Whiting School of Engineering at Johns Hopkins University. Since his retirement, he has served as Emeritus Professor in the same institution. He is currently Distinguished Professor in the McCormick School of Engineering at Northwestern University. His academic career has been shaped by a wide variety of interests within the field of coastal engineering including the modeling of water waves and their impact on shorelines, structures, and the ocean bottom as well as water-related natural hazards. Prof. Dalrymple has published over 100 scientific papers and is a co-autor, with Prof. Robert G. Dean, of two best-selling books on water waves and costal processes.

He was elected to the U.S. National Academy of Engineering (2006), named a Fellow for the Coasts, Oceans, Ports & Rivers Institute (ASCE) (2010), and Distinguished Member of the American Society of Civil Engineers (2011). In 2013 he became an Académico Correspondiente of the Real Academia de Ingeniería (Spain). He was a member of the Coastal Engineering Research Board of the Corps of Engineers (1989-1993), and chair of ASCE’s Coastal Engineering Research Council (2004-2014, member from 1992) and the National Research Council’s Marine Board (2004-2010). Prof. Tony Dalrymple has been a strong supporter of IHCantabria since its inception. 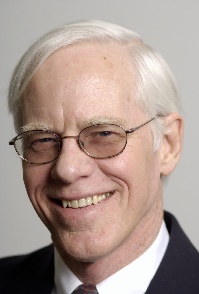