At IHCantabria we propose we propose its design, remodeling and adaptation to the new port requirements, with the goal of fulfilling the sustainable development objectives planned by the United Nations.

We stay in constant contact with the main agencies in charge of port infrastructures at the regional, national and international levels, and develop tailor-made products to design, restructure and adapt ports and their infrastructures.

We design climate services specially adapted for ports. This includes information on waves, long waves, sea level, wind and currents, and their relationship with other aspects such as best practices, development and evaluation of solutions, as well as any other weather-related services that may be useful for port design and management.

We carry out comprehensive designs for newly designed ports or adapt existing ones to satisfy new needs imposed by economic, social or environmental aspects, in order to reduce future problems and ensure sustainable growth.

We propose solutions that rely on using the most advanced numerical tools, state-of-the-art experimental techniques and unique climate databases, which, together with the experience of a multidisciplinary team, allow us to anticipate potential problems and ensure the viability of the designs.

We transfer tools and the analysis and design methodologies developed to the production sector and to the public agencies in charge of managing port infrastructures through on-demand training courses, seminars and workshops.

Design of navigation channels and dredging operations in ports

Impact of ports on coastal and sedimentary dynamics

Analysis of the quality of coastal waters in port environments. Analysis of water renewal time in ports 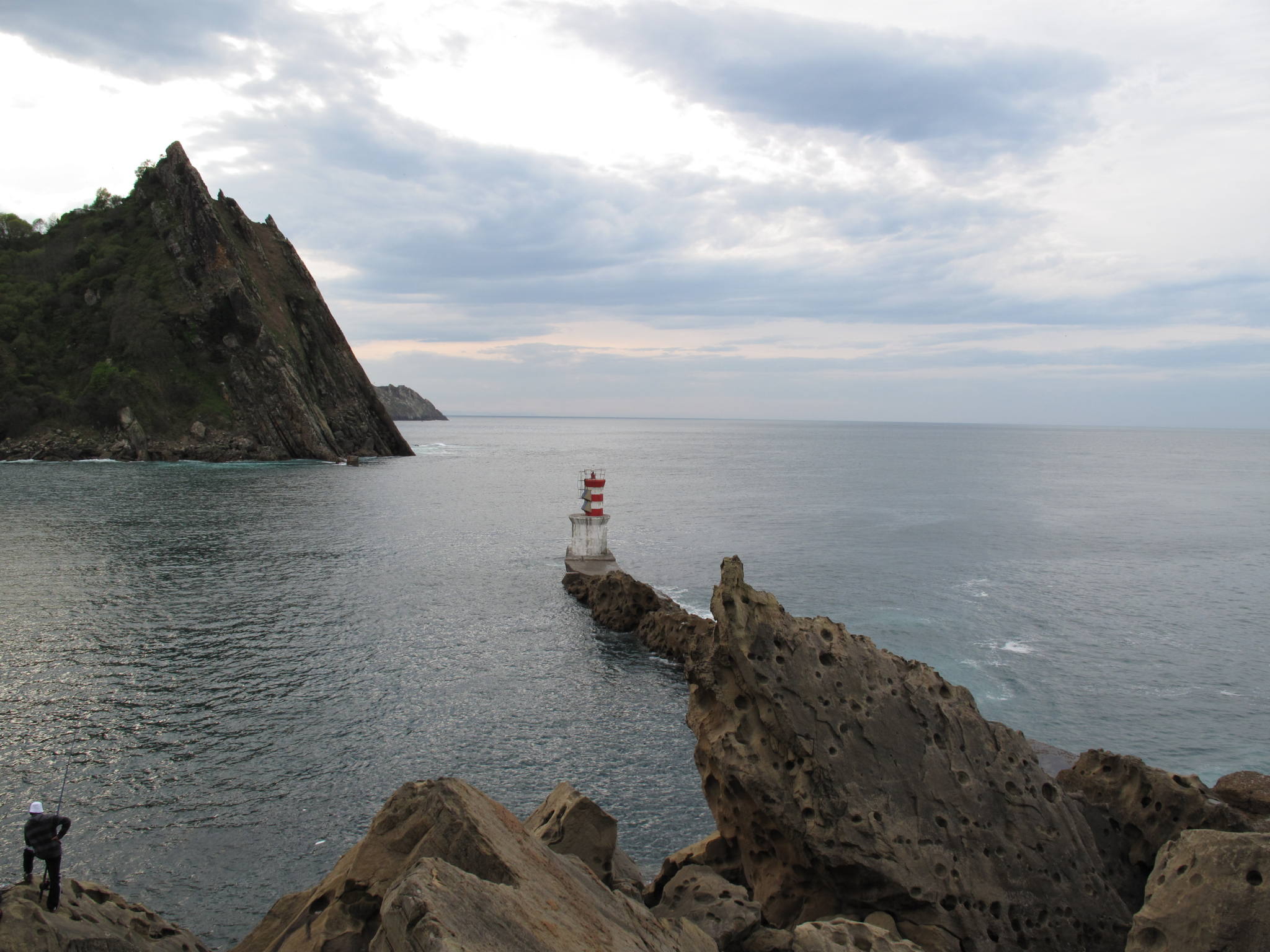 STUDY OF THE EFFECT OF REMOVING AN OUTER SHOAL ON SAILING CONDITIONS IN THE ACCESS CHANNEL TO THE PORT OF PASAIA. PORT AUTHORITY OF PASAIA

This project entails conducting a numerical study to evaluate how the removal of the West shoal, using one of two options, affects sailing conditions in the access channel to the port. This numerical study includes evaluating the effect from waves and currents on both removal options and checking the results with the current situation (without removing the shoal). 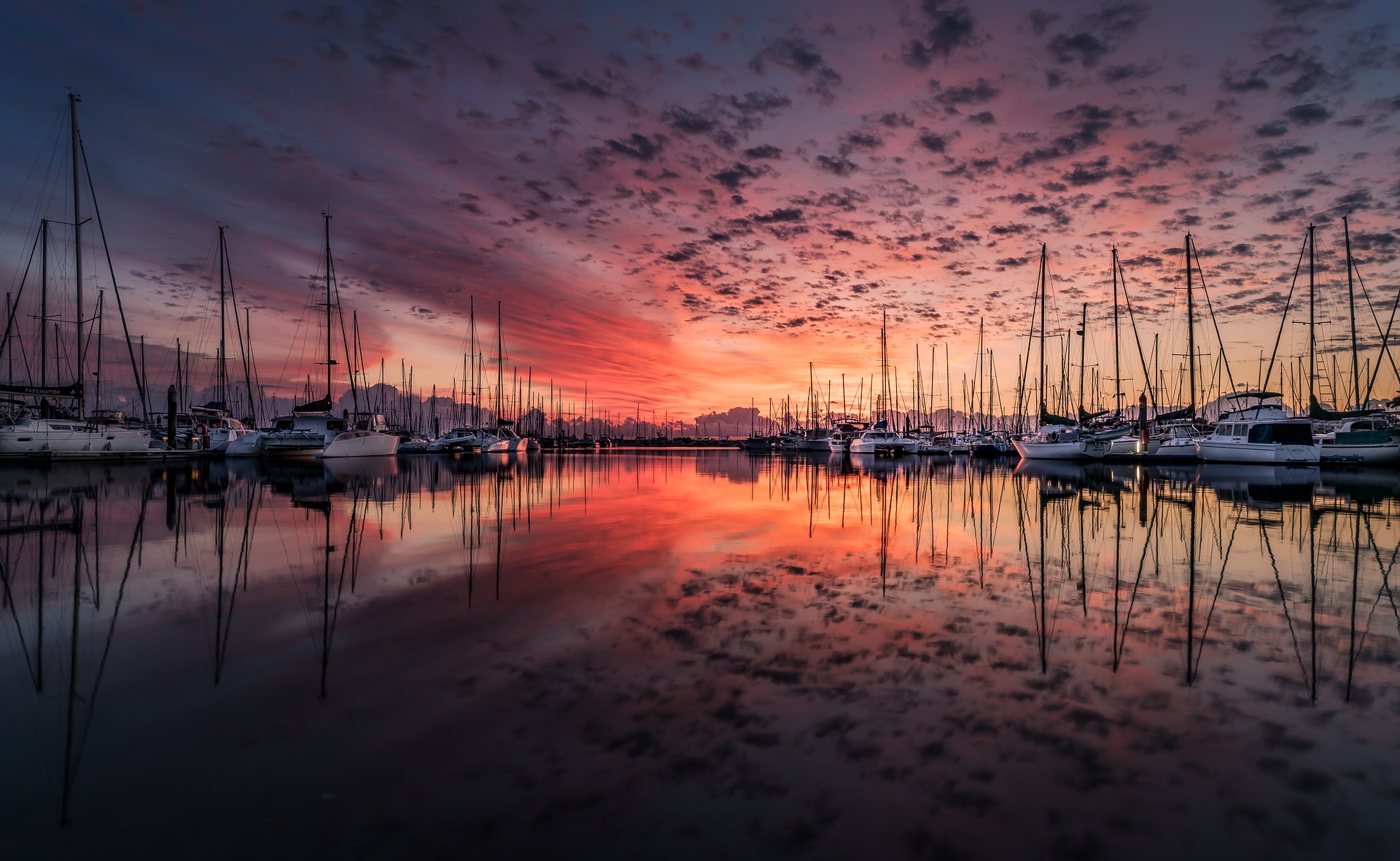 STUDIES TO BUILD A TOURIST MARINA ON THE PACIFIC COAST OF COSTA RICA. MARINA TAMBOR PROJECT.

The purpose of this project is to prepare the basic and detailed engineering studies required to design a tourist marina in Bahía Ballena (province of Puntarenas), on Costa Rica’s Pacific coast. The studies conducted highlight the need to analyze the needs and requirements of the marina (definition of the number of vessels, their type and distribution, design conditions, etc.), the maritime climate, geotechnical and drilling aspects, the design of the port infrastructures (in plan and elevation), the impact of the construction, and to define the facilities and services in the marina. 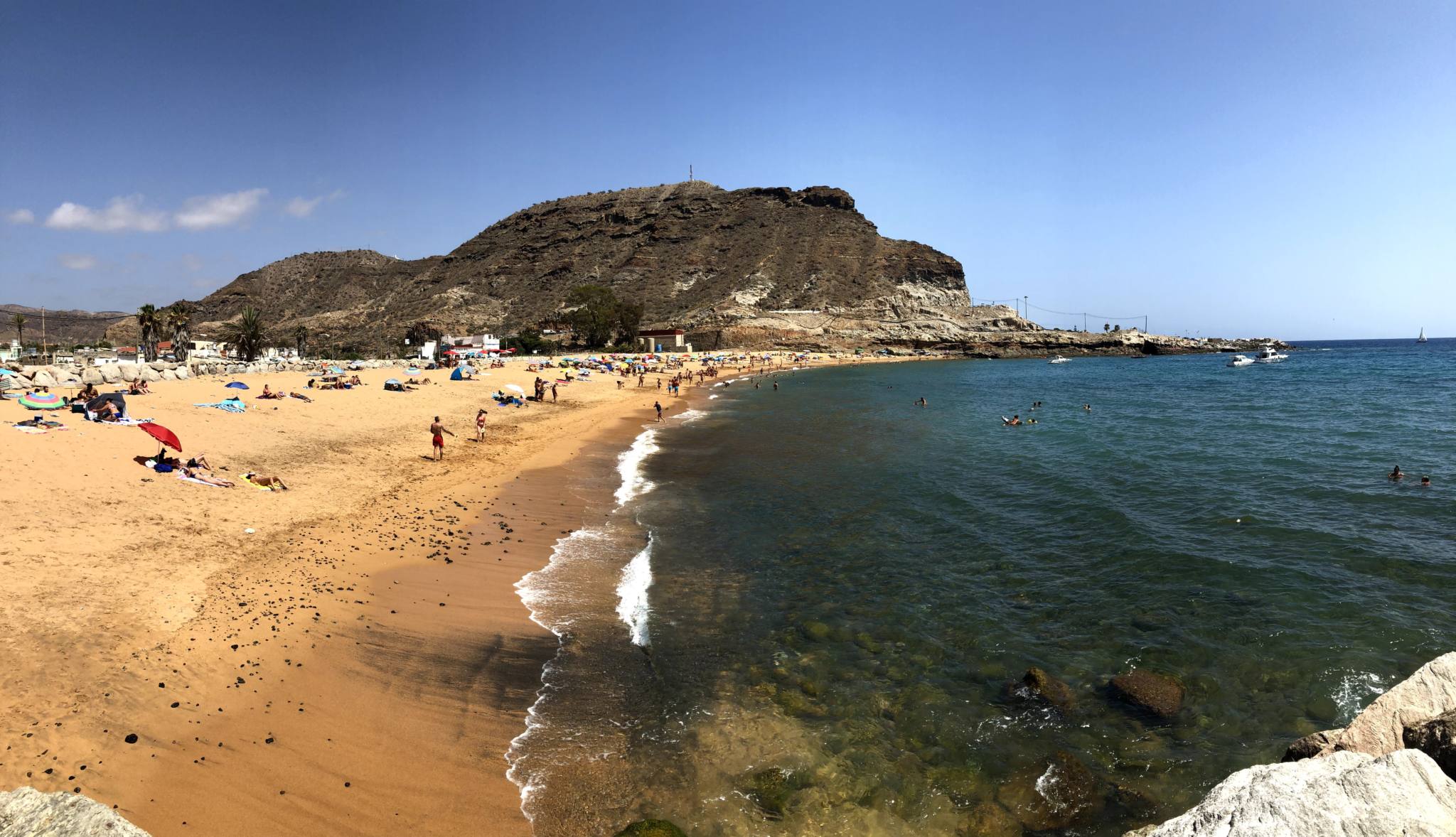 BASIC DESIGN OF THE PORT OF TAURO AND ITS EFFECT ON THE STABILITY OF THE TAURUS AND AMADORES BEACHES (GRAN CANARIAS). ANALISIS INGENIEROS, S.L.P.

The main goal of this project was to design the layout of the Port of Tauro and the sections of the seawall that shelter it. To this end, a series of layout alternatives was proposed and an agitation and long-period wave analysis was carried out using the MSP numerical model to determine the operability associated with each. With respect to the structural and functional design of the seawall, this was done using semi-empirical formulations in keeping with the recommendations of the ROM, and doing a final verification with a Level-III protocol. 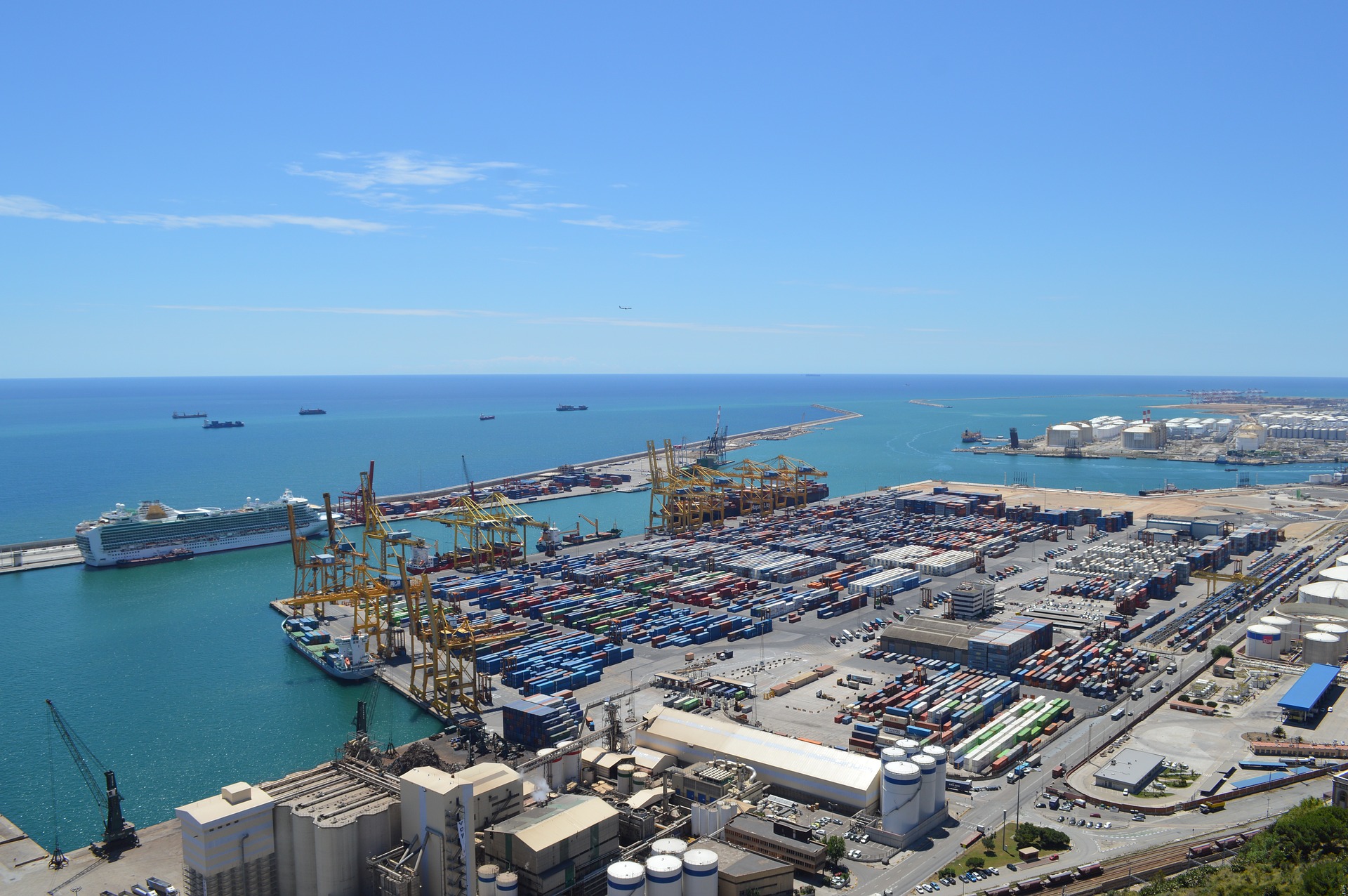 OPERATIONAL REVIEW FOR AGITATION AND STRUCTURAL VERIFICATION OF NEW SERVICE WHARF 35A IN THE PORT OF BARCELONA. BARCELONA PORT AUTHORITY 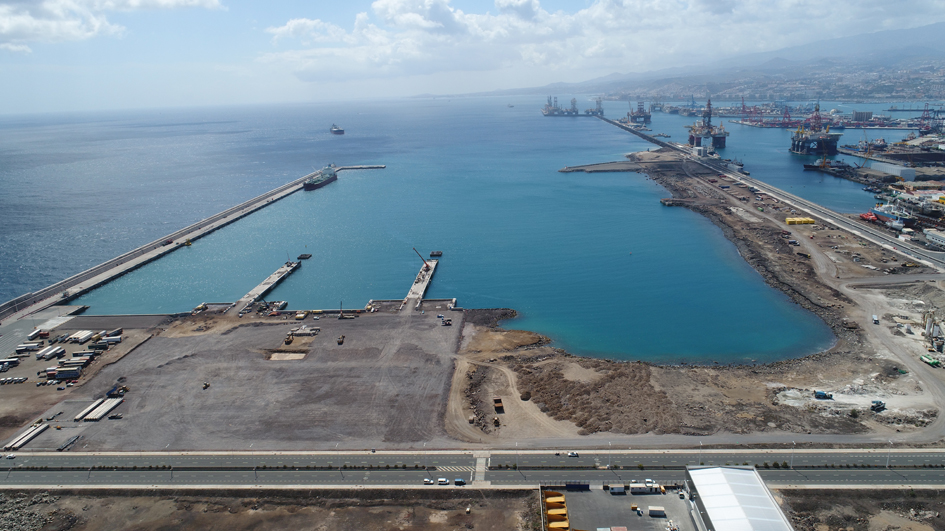 STUDY OF SOLUTIONS TO IMPROVE OPERATIONS IN THE AFRICA DOCK WITH THE PROJECTED CONFIGURATION IN THE 2ND PHASE OF THE INTERNAL DOCKS PROJECT, THE LAND RECLAMATION PLANNED FOR LA DIA AND CONCESSION REQUESTS. PORT AUTHORITY OF LAS PALMAS

This study involves analyzing the agitation and operability (due to waves and wind) different control zones within the African Dock, for a large number of geometric alternatives (39 in total). Following an exhaustive analysis of the alternatives, it was possible to identify the optimal alternative, which responded to agitation substantially better than the current layout while also reducing the construction work involved.

IHCantabria has carried out projects as part of national and international competitive tenders, as well as transfer projects and specialized consulting for leading companies in the sector in an international port environment.

Nationally, IHCantabria collaborates actively with national entities, such as the State Public Ports Authority (EPPE), to manage port infrastructures, and directly with port authorities, for which it develops innovative projects such as SAMOA, for EPPE, and SAFEPORT, for the Bahia de Algeciras Port Authority. It also provides solutions for regional port management entities such as Puertos de Cantabria, Ports of the Generalitat, Ports of Illes Balears, Puertos Canarias, Portos de Galiza and others, either directly with them or through partnerships with companies.

Internationally, IHCantabria partners with national and international companies to assist in carrying out unique projects like those involved in the ports of Gijón and Punta Langosteira in Spain, San Antonio in Chile, Aberdeen in Scotland and Açu in Brazil, as well as in other national projects, such as the work carried out for the port authorities of Tenerife, Barcelona, Gijón, La Coruña, Cádiz, Málaga and Las Palmas, among others, and in other, more regional projects like in Laredo, Castro Urdiales, Comillas and San Vicente in Cantabria, Calafat in Catalonia and Agaete in Gran Canaria.

Finally, IHCantabria is actively involved in expert commissions such as the Recommendations for Maritime Projects (ROM), sponsored by the EPPE and which provides a practical guide for the design and management of infrastructures, as well as in different working groups associated with the International Association of Navigation (PIANC), which promote the sustainable design of ports. 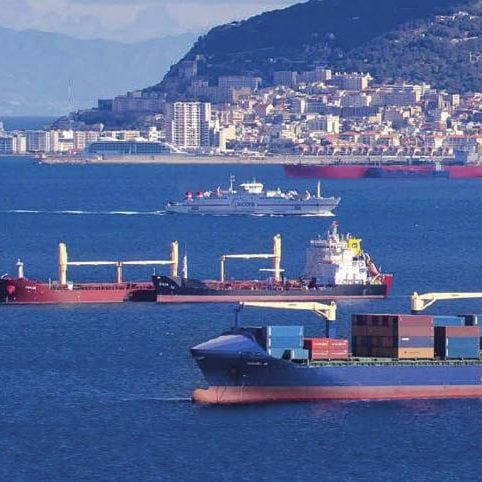 IHData is the collective name for a database developed by the Environmental Hydraulics Institute of the Universidad de Cantabria. IHData is capable of providing accurate wind/wave/sea level climatological statistics for any European country and wave climate for any region worldwide.
Saber Más

How can we help you?
Send me a message and I will get back to you as soon as possible

How can we help you?
Send me a message and I will get back to you as soon as possible 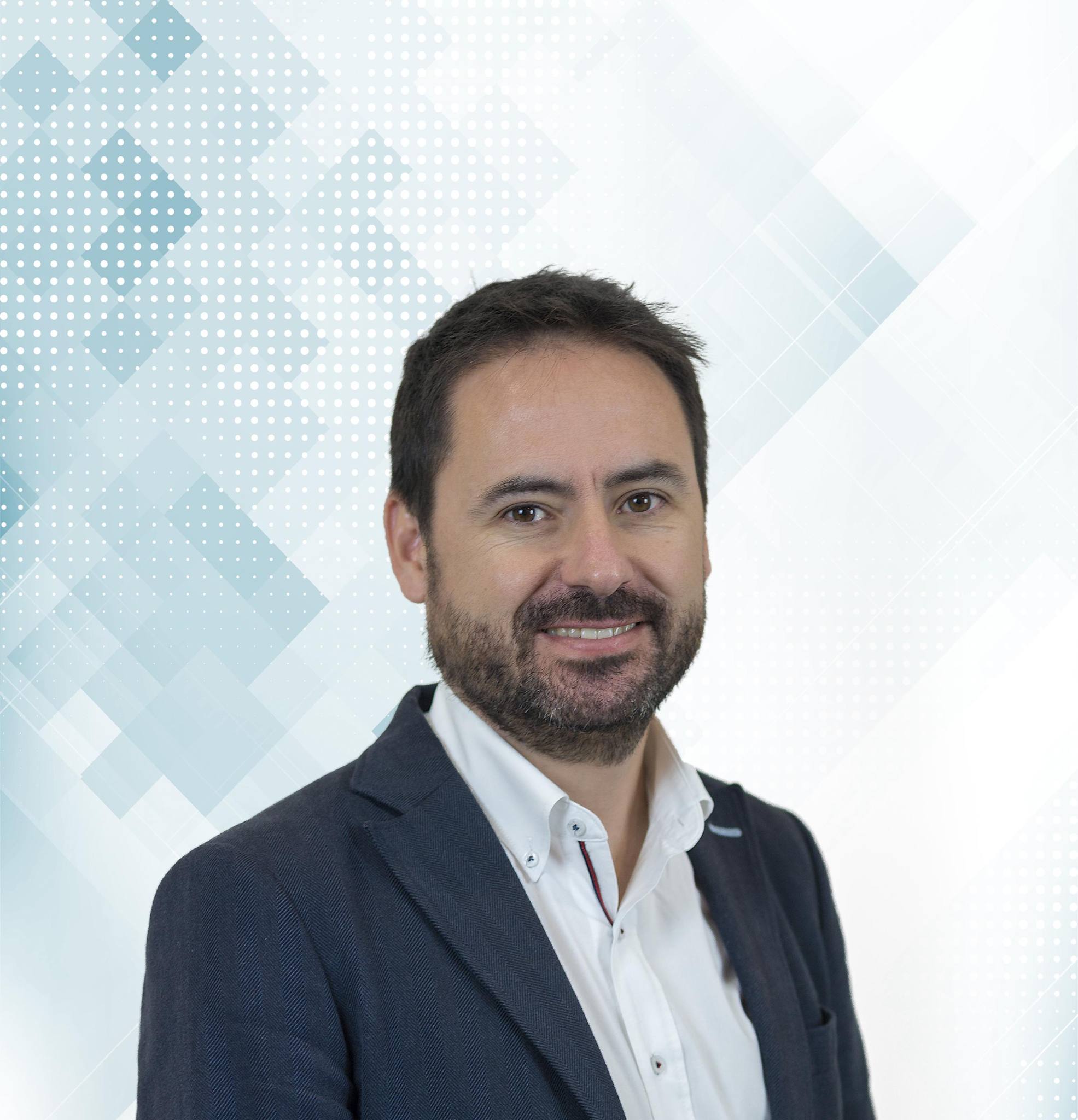