IHCantabria presents the results of the European BE-READY project for the fight against marine pollution by accidental spills.

This project to prevent and respond to accidental spills at sea has created a tool that facilitates rapid environmental assessment decisions in real-time.

On 27 June, the auditorium of IHCantabria hosted the BE-READY presentation day, in which the main results and products developed in this European project were presented, such as the development of a tool to assist in decision-making in environmental emergencies, mainly derived from the spillage of hydrocarbons and potentially hazardous toxic substances.

This tool fulfils the project’s main objective of creating a decision support system that, using innovative techniques, has made it possible to optimise the rapid assessment process in real-time.

To achieve this, progress has been made in the state of knowledge on different topics, as well as the development of systems for predicting currents at the coastal and local scale, integrated models for oil and chemical spills, and methodologies for assessing risk. All this has been integrated into a tool that is easily usable and exportable to any geographical location. It has already been successfully implemented in different pilot ports such as Spezia (Italy), Tripoli (Libya) and Aqaba (Jordan).

Specifically, IHCantabria has led one of the critical tasks of the project: the design and development of the decision support system (BE-READY DSS), which, by integrating the methodological results of the operational modelling of hydrocarbons and harmful substances, has resulted in the conception of a safe, robust and user-friendly tool for the end-user.

The presentation day – given by Dra Ana J. Abascal Santillana, principal investigator of the project and member of the Oceanography, Estuaries and Water Quality Research Group of IHCantabria – was attended by entities involved in this field, both public and private.

The most relevant aspects of the management of this type of a disaster were discussed with them in a round table with the following participants: Germán Erostarbe Alacano, head of the Santander Rescue Coordination Centre; Julián Díaz Ortiz, coordinator of the Emergency Management and Coordination Area of the Government of Cantabria; Pablo García Palazuelos, industrial safety and occupational risk prevention technician of the Santander Port Authority; Andrés García Gómez, professor at the University of Cantabria and head of the Oceanography Group of IHCantabria; and Ana J. herself. Abascal Santillana herself.

The day ended with the practical workshop “Demonstration of the capabilities of the BE-READY integral tool for rapid response to chemical and hydrocarbon spills” to train technical personnel involved in preventing and responding to accidental pollution on the use of this tool.

Institutions have developed the BE-READY project in four countries: the University of Genoa, which has led the project, and the European Research Institute in Italy; the port of Aqaba in Jordan; the port of Tripoli in Libya; and the Institute of Environmental Hydraulics of the University of Cantabria. The project is co-funded by the European Commission through the Civil Protection Mechanism of the Directorate-General for European Civil Protection and Humanitarian Aid Operations (DG ECHO). 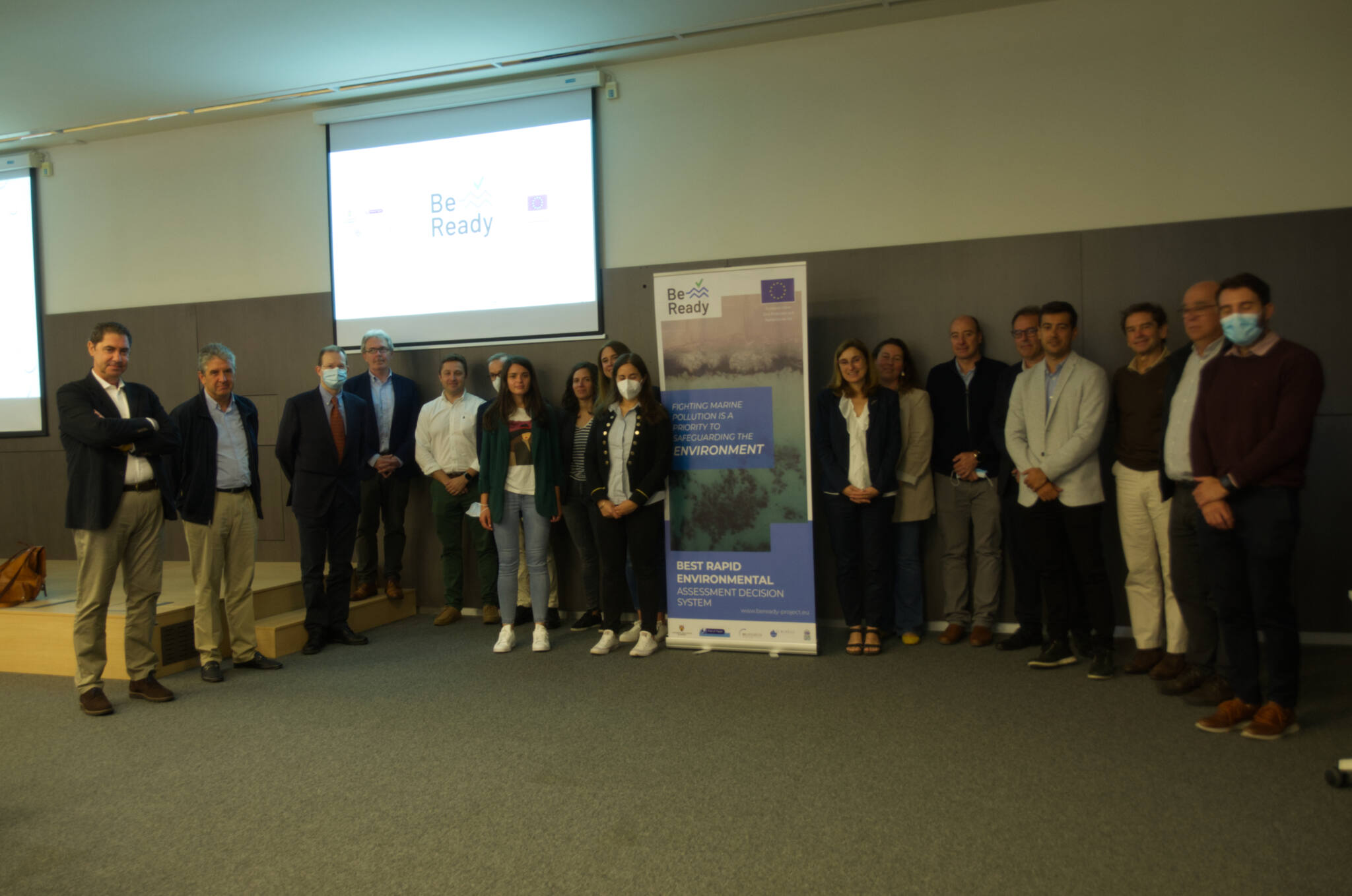